Peter Newcomb, a well-known byline at Forbes magazine, is leaving that publication for a job at Vanity Fair, which is seeking to increase its business coverage, noted the New York Post’s Keith Kelly in Wednesday’s paper.

Kelley wrote, “Newcomb will be a senior articles editor at Vanity Fair and starts July 10. 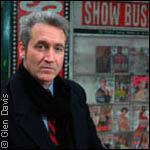 “Carter said the Forbes list was always targeted toward wealth, while the VF list measured the more intangible ‘influence.’

“‘I want to open it up beyond technology, information and entertainment where it was grounded before,’ said Carter. Newcomb will be working with Heather Halberstadt, who has compiled the list for the past four years.

“No replacement has been named yet at Forbes, but insiders are already said to be fighting over Newcomb’s oddly shaped triangular office on the fourth floor of the Forbes Building in Greenwich Village.”