Flint of Forbes, dean of auto writers, dies at 79 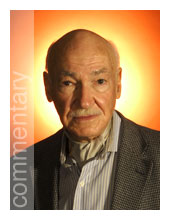 His son, Los Angeles Times reporter Joe Flint, writes on Forbes.com, “After serving in the Army for three years in a European intelligence unit, he joined The Wall Street Journal as a staff writer where he spent 11 years covering business and finance.

“In 1967 Flint moved to The New York Times as its Detroit bureau chief. Not only did he continue to focus on the automotive industry, he also reported on the 1967 Detroit riots and the 1968 presidential campaign.

“He joined Forbes in 1979 as its Washington bureau chief. He ran the D.C. bureau for Forbes for four years before returning to New York and Forbes headquarters where he held several senior positions including assistant managing editor and senior writer. While he officially retired from Forbes in 1996, he continued on as a columnist until his death. His last column ‘Why Car Prices Are Climbing’ ran Aug. 2. He was also a contributor to Ward’s AutoWorld.”