The power and influence of David Pogue

A. James Memmott of Muckety writes Friday about New York Times tech columnist David Pogue and his increasing influence in the tech world. 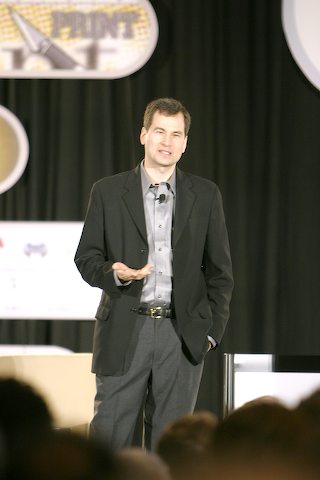 Memmott wrote, “In technology writing and video performing, 2007 had to be the year of the ubiquitous David Pogue, a self-proclaimed ‘card-carrying nerd’ with the ability to translate techno speak into plain English.

“‘The NY Times tech guru is a playful geek whose love and passion for all things gadgety shines through with every over-the-top video he makes,’ wrote the people at gizmodo.com.

“Pogue, whose title at the Times is ‘personal technology columnist’ writes a Thursday column for the paper. He also puts together videos and blogs for the paperâ€™s website.

“No other Times writer, with the possible exception of Will Shortz, the crossword and Sudoku guru, would seem to have so much going on.”