The biz columnist as fiction author

Jon Talton, the business columnist for the Seattle Times, had a new fiction book called “Deadline Man” released on Saturday in which one of the characters is called The Columnist. 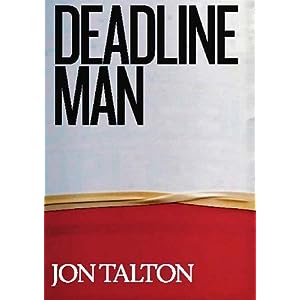 Here is an excerpt from an interview Talton conducted about his book with the Lit Witch book blog:

Q:  Let’s begin with something I was curious about as I read Deadline Man. Your central character is a financial columnist in Seattle who “tells it like it is” and even pays a visit to Arizona.  You yourself are a financial columnist in Seattle who hails from Arizona, where I have read you described as the “only guy who told it like it was.”  How much more of Jon Talton can be found in The Columnist from Deadline Man?

A: Much of me is in The Columnist, especially the idea that if one is granted a column it’s an obligation to speak truth to power. I know what it’s like to challenge the powers-that-be, get death threats, try to avoid antagonizing your bosses while telling the truth with the special latitude granted a columnist. I warned of the housing and financial busts before they happened and powerful people demanded that I be fired or silenced. And I share the character’s speed and ability to handle pressure. I was a full-time columnist at the Arizona Republic and Charlotte Observer, in addition to writing columns for the Rocky Mountain News, Cincinnati Enquirer and Dayton Daily News (and I was carried on the New York Times News Service). It’s a special craft when done well, and not the same as being a commenter or (average) blogger. For one thing, especially in business news, one has to be knowledgeable to have credibility. The craft of writing, fading now in our society, is another thing that distinguishes a successful newspaper columnist. And the ability to hook readers for years: Anybody can be a columnist for two weeks, then he or she runs out of gas. Being a serious newspaper columnist is a public trust. As for The Columnist’s chaotic personal life…no comment, except that in my thirties I did my share of.