Linda Austin, the editor of the Lexington Herald-Leader, will become the new executive director of the Donald W. Reynolds National Center for Business Journalism, according to a story in Tuesday’s paper. 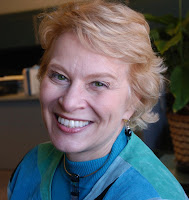 Ryan Alessi writes, “The center is part of the Walter Cronkite School of Journalism and Mass Communication, where she will teach. The center, founded in 2003 with a grant from the Donald W. Reynolds Foundation in Las Vegas, provides training to business journalists nationwide.

“‘This has been a wrenching decision for me â€” just excruciating because I love working with you guys,’ Austin, 53, said while addressing newsroom employees Monday morning. ‘But the position that I’m going to is incredibly exciting. It’s giving me an opportunity to have, I think, an impact on a national scale in an arena that I am extremely passionate about â€” that’s journalism.’

“Publisher Timothy M. Kelly expressed disappointment at her leaving, but he wished her well.

“‘This is an excellent opportunity for Linda in a field in which she has both interest and expertise,’ he said in a statement. ‘The newsroom has performed some of its best watchdog journalism work in years over the past few months under Linda’s direction.'”

The Reynolds Center story can be found here.