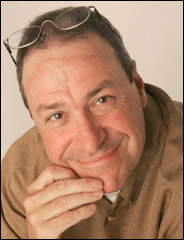 Nocera noted that Dow Jones replaced its CEO slightly more than a year ago, and yet the stock price has done nothing since. In addition, he points out that a growing number of members of the Bancroft family, which own a controlling stake in Dow Jones, have become dissatisfied with the stock price.

But, Nocera added, the Bancroft family is not a fan of Murdoch and his management style. He wrote, “But both he and the majority of the family have long harbored a deep dislike for the way Mr. Murdochâ€™s runs his newspapers. And they have long believed that turning the paper over to him â€” even at such a substantial premium â€” would be a betrayal of the Wall Street Journalâ€™s glorious heritage as a great and serious newspaper, which theyâ€™ve owned for over 100 years.”

Nocera predicted that if Murdoch’s offer is shunned, Dow Jones’ stock will fall below the $36 price it was trading at before the offer was made. And that might force the Bancrofts to consider a sale.

Read more here. A Times Select subscription is required. Nocera, when he was at Fortune, wrote a story that first exposed a rift among the Bancroft family called “Heard on the Street” in 1997. He followed up with another story about the family in 1998.