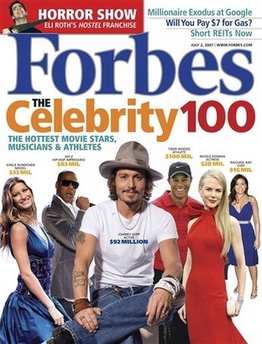 Peter Kafka of All Things Digital reports Tuesday that 19 staffers at Forbes have lost their jobs as the magazine combines its print and online operations.

Kafka writes, “Layoffs stink no matter where or when they happen. But since I worked at Forbes for many years and know many of the folks who lost their jobs, todayâ€™s news hits particularly close to home.

“The best thing you can say about this is that combining the two operations makes plenty of sense on paper, and could ultimately make for a better company if handled correctly. Best of luck to everyone who left today.

“Statement from the company:

Today Forbes completed the integration of the editorial staffs of Forbes magazine and Forbes.com. We believe this restructuring and pooling of talent will maximize and benefit the editorial content for Forbesâ€™ 40 million worldwide audience.

The current economic situation for media in general has caused Forbes Media to trim budgets on both the editorial and business sides of the company. Today 19 people from editorial were laid off.â€?