Paul Maidment, co-editor of Forbes, announced Monday he will be leaving the company. 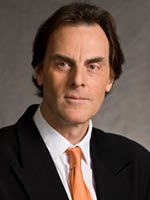 In a memo to his staff Maidment noted, “I am ready to advance to the next phase of my life. This is the right moment to make the break and take the plunge. I am proud of what we achieved at Forbes.com.”

Responding to the announcement Steve Forbes, editor in chief, said of Maidment: “Under Paul’s leadership as its editor, Forbes.com has become one of the most trusted and authoritative business and finance sites on the web, solidly founded on the traditions of the Forbes’ brand and voice. During his decade-long tenure, the website’s audience increased eleven-fold, and the range and scope of the editorial offerings and innovations on the site expanded vastly. We wish Paul every future success and we are deeply grateful for his contributions over the past ten years.”

Previous to joining Forbes.com, Maidment launched the FT.com. In recognition of his work as editor of Forbes.com, Maidment was inducted into the MIN Digital Hall of Fame in 2010, won the Media Business Innovation Award in 2007, won three Editorial Excellence awards for the site and an Editor of the Year Award. In addition, the video column he wrote and presented on international political economy, Notes on the News, won Best Online Business Video Award in 2008.