Moira Forbes, the publisher of ForbesWoman, a new quarterly publication, writes about the long connection that Forbes magazine has had in covering women in the business world. 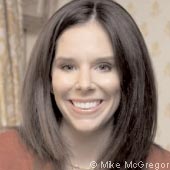 Forbes writes, “A focus on women is not new at Forbes, I am proud to say. On the cover of the debut issue in 1917 (price: 15 cents), my great-grandfather B.C. Forbes, a Scottish immigrant, ran a prominent headline proclaiming, ‘Unique Department: Women in Business.’ Early issues ran long profiles of a female department store executive, a banker and an export-import manager.

“Of course most of these women were unmarried and childless, and at the time ‘business attire’ meant long skirts and sleeves plus hats and gloves.

“As times changed, so did the stories. In 1945, readers learned that the majority of shareholders at General Electric, U.S. Steel, and DuPont were women, and a 1977 feature about a woman advising aspiring women executives used the words ‘mentor’ and ‘network’ long before they became familiar.

“Coverage blossomed during the last quarter of the 20th century as a critical mass of women entered the workforce and women on the staff grew as well. But credit is also due to the magazine’s male leaders — notably my grandfather Malcolm Forbes and editor Jim Michaels — who deeply embraced innovation, whatever the source. Just as firmly, they agreed with B.C. Forbes that the pursuit of success should produce happiness, not just pile up millions.”