Books being pitched by biz journalists on Wall Street crisis

Leon Neyfakh of the New York Observer writes that a number of prominent business journalists, including Joe Nocera of the New York Times and Bethany McLean of Vanity Fair, are already pitching books about last week’s Wall Street turmoil. 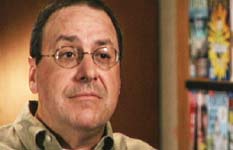 Neyfakh writes, “One comes from Times business columnist Joe Nocera and Fortuneâ€™s Bethany McLean, who decided to write a book together the day Lehman Brothers declared bankruptcy and Merrill Lynch sold itself to Bank of America. Mr. Nocera was visiting Ms. McLean (co-writer of the Enron book The Smartest Guys in the Room) in Chicago at the timeâ€”he was there to attend a science conference, what kind he wouldnâ€™t sayâ€”and over some white wine, the two of them decided that a definitive chronicle of the stunning financial crisis was in order, and that they were the team best equipped to produce it.

“‘We want to write the big book, and Iâ€™m not afraid of saying that,’ Mr. Nocera said. ‘It will be a book for the ages andâ€”I know this is going to sound egomaniacal, butâ€”between our contacts and our reporting skills and our writing skills, I think weâ€™ll be pretty tough to beat.’

“The agency representing the Nocera-McLean book to publishers, Darhansoff, Verrill and Feldman is said to be asking more than $1 million (No one there picked up the phone when Pub Crawl sought comment).”