The winners are Katherine Blunt, Russell Gold and Rebecca Smith, who cover energy and environment for the newspaper. The Stokes Award carries a $2,500 prize. 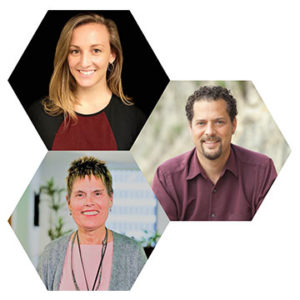 While many news outlets wrote about how the giant utility sparked wildfires that drove it into bankruptcy in 2019, National Press Foundation judges noted that “The Journal uncovered the why behind the spate of fires.”  The stories documented how the utility, “heavily regulated and saddled with gaining, neglected equipment,” deferred maintenance for years, even decades, while promising federal regulators it would make the upgrades. In 2018, a snapped wire triggered the fire that destroyed the town of Paradise and killed 85 people.

Judges called the work “accountability journalism at its finest” and “an example of dogged public affairs reporting based on record requests, on-site reporting and good old shoe leather.”

They noted the importance of the work in highlighting the interplay between climate change and energy stories and showing “what climate change is actually going to do to the investor-owned utility business.”

Judges gave an honorable mention to The Washington Post for “2C: Beyond the Limit,” a series that analyzed 170 years of temperature records to map every place on earth that has already warmed by 2 degrees Celsius. Judges praised the series’ use of data, innovative storytelling, and visual impact.

The Stokes Award was established in the spring of 1959 by friends and admirers of the late Thomas L. Stokes, a syndicated Washington columnist on national affairs. It is given annually for the best reporting “in the independent spirit of Tom Stokes” on subjects of interest to him including energy, natural resources and the environment.