David Carr of the New York Times writes Monday about Wired magazine, which he says has successfully made the transition from a tech magazine to more of a general interest business publication. 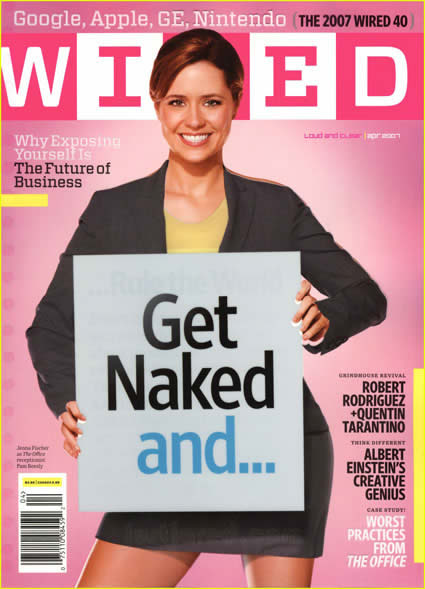 Carr writes, “Magazines like The Industry Standard, Red Herring, Business 2.0, eCompany Now all went down the digital drain, but Wired rowed carefully and slowly away from its geek origins and survived. (Fast Company, another magazine I suggested was toast, is managing a similar feat on a smaller level.)

“Wired had a very respectable 1,300 ad pages last year, and its ads are up slightly so far this year, an achievement in an era of secular and cyclical decline that is threatening all manner of old media. Newsstand sales are edging back to the boom years, and it didnâ€™t hurt that along the way, Mr. Anderson penned a conceptual book, ‘The Long Tail,’ that became the keystone for PowerPoints all over the land.

“Perhaps most important, in 2006, the company reunited Wired.com and Wired magazine by buying the site from Lycos for $25 million, a fraction of its $83 million price back when CondÃ© Nast bought the magazine in 1998. The traffic has tripled since the acquisition and the Wired brand, which once was perched on a very thin reed, is now a sturdy plank.”