A shareholder advisory group is opposing a proposed compensation schedule for British-based Pearson PLC, the parent of the Financial Times newspaper, according to a Dow Jones report. 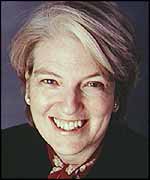 Dow Jones writes, “PIRC said Chief Executive Marjorie Scardino’s possible earning power, which will be outlined in the remuneration report to be released at the AGM Friday, could be a maximum of 375% of salary, excluding her annual bonus.

“PIRC said it had concerns over the incentive schemes and contract termination provisions and also opposed the new long-term incentive scheme because the targets aren’t challenging.”

Read the rest of the story here.

The Financial Times reported a profit in 2005 for the first time in years. Still, Scardino has been under some pressure in recent years, and there have been calls from investors to sell the company.