Everyone wants to make a deal

Richard Siklos of The New York TimesÂ explains for Sunday’s newspaper why there is so much talk about dealmaking among media properties, particularly those involved in business journalism, these days. 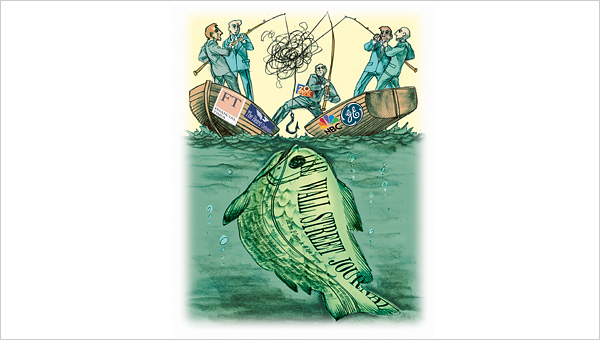 Siklos wrote, “Sometimes, as in the case of Pearsonâ€™s outreach to G.E. and Hearst, itâ€™s the most basic of instincts: self-preservation. Pearson knows that one of the first things Rupert Murdoch, the News Corporation owner, will do if he gets his hands on The Wall Street Journal is to turn its forces on squashing the smaller Financial Times.

“What NBC was worried about was less clear: as recounted in this space two weeks ago, CNBC has a relationship with The Journal under which the newspaperâ€™s reporters appear on the cable channel. But itâ€™s not evident how harmful it would be for CNBC, which is owned by NBC Universal, to lose that arrangement. Mr. Murdoch is starting a rival business news channel this fall that he wants to build around the Journal brand.

“But the threat of it was not enough to sway G.E. â€” which previously mulled buying Dow Jones with Microsoft, its partner in MSNBC â€” to invest in the challenged newspaper business.”