Donald Greenlees of the International Herald Tribune writes Thursday about how the editor of The Far Eastern Economic Review, which was acquired by News Corp. CEO Rupert Murdoch last year as part of Dow Jones & Co., has decided not to run a book review critical of Murdoch. 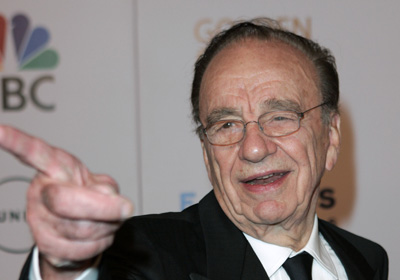 Greenlees wrote, “But in one of the first tests of the Review’s independence under Murdoch ownership, Restall has admitted to getting ‘cold feet’ over the publication of an article destined for the magazine.

“Restall’s admission has sparked a flurry of Internet controversy about whether some Dow Jones editors might have already started to second-guess the preferences of the new boss.

“Restall first commissioned in January, and then declined to publish, a review of a controversial book about Murdoch’s business forays into China in the 1990s, ‘Rupert’s Adventures in China, How Murdoch Lost a Fortune and Found a Wife.’

“The author of the book, Bruce Dover, a former Australian journalist who represented News Corp. in China during that period, takes a critical look at Murdoch’s attempts to make a buck there and the compromises entailed in not upsetting the rulers in Beijing. More titillating is the book’s account of Murdoch’s courtship of Wendi Deng, a News Corp. executive in China he later married.”