BusinessWeek will have more pages, focus on specific topics

Shira Ovide and Russell Adams of The Wall Street Journal write Thursday about the relaunch of BusinessWeek magazine, which has been overhauled by its new owner, Bloomberg. 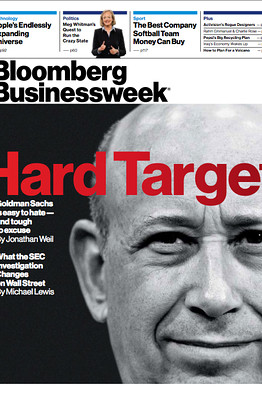 Ovide and Adams write, “The new heart of the magazine, and the bulk of its pages, is five sections slotting stories into subjects: economics, companies, politics and policy, technology, and markets. The sections— often containing re-edited Bloomberg stories— give the magazine the look of the Economist, which Mr. Pearlstine has lauded for its content and business model. Bloomberg has committed to a minimum 66 news pages each issue, up from about 55.

“Mr. Doctoroff says Bloomberg has made a “huge dent” in Businessweek’s losses, which were $43 million in 2008 and roughly $60 million last year, according to people familiar with the finances. He wouldn’t detail how the losses were curbed, but staff cuts and reallocations for expenditures are part of the equation, as ad pages continue to slip. Over the next month, Bloomberg Businessweek, which has a weekly circulation of 900,000—plans to give away 200,000 copies, including from online requests for free sample issues. Executives say shrinking resources at many publications leave business readers hungry for more depth.

“For a long time BusinessWeek had been a cash cow for McGraw-Hill as it fought Forbes and Fortune. Now all business magazines are under a cloud as the Web siphons news junkies and advertisers. Fortune and Forbes have bled revenue and slashed staff. Last year a high-profile business magazine, Portfolio, closed.”